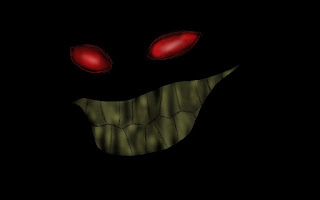 Xellous and Kora went to Ikuinen Lampo's Observatory, arguing playfully along the way. The monks were at prayers in the Observatory when Xellous and Kora got there. There were three people  in the graveyard (Setting Note: Observatories are the only acceptable place to bury the dead, as the star's corpse sanctifies the earth and keeps people that die near it from rising up as undead. Obviously cremation was something that was banned very quickly by the undead overlords and still has so many negative connotations that it's rarely done. Instead, the people bury their dead near their stars.), who introduced themselves: a man by the name of Ernzan, his sister Meeria, and his wife Veraunay. It was raining, so after Kora was finished being sick in the corner of the graveyard they all went into the library, which was adjacent to the Observatory proper, and there they decided to await the monks.

Meeria and Veraunay began to search through the library for something, while Ernzan chit chatted with Xellous. The two took an immediate liking to each other, having similar temperaments and interests. Veraunay found Pyra, which was unstrung, recognized it for what it was, and complimented it with gusto. Ernzan explained that Veraunay was a genuine witch, who had supposedly died out in the land, before the Eclipse Liches had come. Xellous claimed responsibility for making the bow, and Ernzan, Meeria, and Veraunay were (properly!) in awe that a 13 year old could make a bow that could tickle a god. Ernzan and Xellous then declared they were going to be honest with each other: they both thought the Observatory was responsible for the summoning of Flammeous Lads. Xellous shared the schematic of a man holding a disc and asked Ernzan what he thought of it. Ernzan told him he thought it was a dark symbol but knew nothing more about it.

Everyone was so intent in this conversation that they didn't hear Brother Marcus, who had known Kora and Michael their whole lives (and had given The Field Manual to Michael) enter the library. Brother Marcus called out Ernzan, by name.  Meeria pulled a knife  and charged Br. Marcus. Xellous jumped in the way of Meeria, knocking her out of the way, and asked if everyone could just talk. A few petty words were exchanged; Br. Marcus rushed Xellous and Kora out of the library, to the other end of the graveyard, out of sight of Ernzan, Meeria, and Veraunay.

Br. Marcus explained that Ernzan, Meeria, and Veraunay were part of an evil cult who were out to bring back the Rot Zones by destroying the corpses of the stars. Br. Marcus was shocked to learn that Flammeous Lads had been summoned, and became furious when he learned that Michael had been the conduit by which they had come back. He immediately claimed it was Ernzan who made Michael do it.

The library all of a sudden went up in flames. Ernzan and Meeria came out, with Veraunay following them, reading a book. Xellous and Br. Marcus ran back to where the library had been, to face the trio. Ernzan made an offer to Xellous: to come with them. They weren't out to destroy the world and they hadn't forced Michael to summon the flammeous lads. Meeria threw a knife into Br. Marcus' throat and strode forward to Xellous, with Ernzan shouting in alarm and surprise.

A streak of fire separated Xellous from the trio. Kora strode over, Pyra strung, and knocked another arrow, threatening to kill all three of them if they didn't leave immediately. They did, with Ernzan pleading with Xellous to come with them, to help them save the world. Xellous realized they were referring to Michael. They began the rush home.
Posted by SpydersWebbing at 11:05 AM No comments:

After talking talking with Kora about it Xellous went to ask Michael about summoning the demonic Flammeous Lad. He went to Michael's room, in the late evening, and knocked on the door. Michael was sitting by a candle in his room, looking at the Field Manual, the chief religious text of The Potted Fields. The book had been loaned to Michael  by Brother Marcus, who had known Michael since he was born. Michael had been looking at the pictures of preservation of of bodies and ghouls. Michael and Xellous discussed whether Altus was in hell, being eaten by the ghouls. Xellous then asked how Michael had summoned the demons to punish his father for raping his sister.

Michael admitted that he had no memory of the event and wasn't sure that he had done it at all. Relieved, Xellous asked what he did remember, and Michael said all he could remember was fire and a feeling that found both repulsive and attractive. Xellous brought Michael back to his house for the night to see Kora, who was relieved to hear that Michael hadn't summoned the Flammeous Lads on his own. Xellous and Kora then agreed to go back to the cabin the next day.

It was overcast and raining the next day. Xellous, Kora, and Michael trudged back to the the abandoned cabin. Once they got into the cabin Xellous noticed Michael acting strangely, but ignored it as he needed to investigate the cabin. Xellous found a circle, right in front of the fireplace, made from burnt blood. it was clearly a summoning circle of some kind. There was a finger from a child in another corner, and a symbol of a figure staggering under the weight of what looked like a large plate. There was also evidence that the fire had blood in it.

Kora screamed and Xellous turned around. Michael was coming at Xellous, eyes rolled in the back of his head, hands outstretched. Xellous didn't miss a beat and knocked out Michael. Kora didn't calm down but screamed and cried at Xellous, asking if Michael was OK. Xellous tried to calm Kora down, but only managed to piss himself off in the process. Trying to not take it out on Kora, Xellous picked up Michael  and carried him back to his house, Kora in tow. He then headed back to the cabin to examine it in peace, calming himself down on the way back to the  cabin. Sitting down and looking over the evidence again, Xellous came to the following conclusions:

1) The circle was designed for children to use it.
2) Janus, the child who was gutted by Michael, was the owner of the finger, which was used to draw the summoning circle.
3) The figure with the plate is not a demonic symbol.

Xellous returned and lied to Michael, telling him he was randomly targeted. He told the truth to Kora later, who brought up that the cabin was formerly the Ikuinen Lampo's Observatory library. They may have information on the cabin, even if they had let it fall to ruin.

Setting Info: An Observatory is this world's equivalent of a church, monastery, and well... observatory. It's always based around the site of a star who came to the earth and died. Their corpse is in the center of the Observatory, in the form of a boulder of star metal. The brethren stay there to watch the skies at night, communing with the stars that are still in the sky and the star that died on the earth.
Posted by SpydersWebbing at 8:59 AM No comments:

A few weeks later and Xellous visited Kora's family's farm. As he walked through their rice fields he bumped into Threen, Kora's mother. She asked to talk to Xellous. People would begin to wonder about why Kora was pregnant and, with her father Altus being dead, the family's reputation would decline. Threen asked Xellous to marry Kora immediately, to preserve appearances for the family.  Xellous said he would talk to Kora about it.

Xellous went upstairs, to Kora's room. Kora was sitting there, on her bed, dishevelled. The smell indicated that she had not showered in weeks. Her hair was greasy. She nodded when he came in, and the two sat down to talk. They talked about her pregnancy, about how powerless she had felt, how much she wanted to have that power back. Xellous asked if she wanted to help him take the demon heart and make something of it.

It's here I break the fiction that I normally write with, because the next part did not really happen in game. Kurlak, Xellous' player, wanted to make a bow that would keep Kora safe. We sat down to figure out exactly what he wanted. The list was steep. He wanted to make a bow that could hurt spirits and hurt even a god. Considering that Xellous' Enchanting ability was gray-shaded from his Prodigy trait that part wouldn't be a problem. But Kurlak was greedy. He pumped bonus after bonus into the bow, over my balking about the difficulty of what he was doing. Contrary to my players' very popular belief I am very much their number one fan and want them to legitimately succeed. And Kurlak was setting himself  up for a huge failure at an Obstacle 15! 10's the normal max, but Kurlak had done everything possible to just... his chances of success was not great.

Now, Kurlak had picked every single advantage in Enchanting he could, and so he had 7 gray shaded dice to roll with. He rolled.... and got 14 successes. He burned the Fate point to roll one of the open-ended failures, and got it.

Xellous had made a bow that could deal a G15 wound to everyone and everything, capable of  tickling a god.

Fifteen days went by as Xellous and Kora labored over the bow. When it was done, Xellous handed it to Kora and the went out to a tree near Xellous' rice field. The bow was red and scaly. The arrowhead glowed red-hot when drawn. The tree shattered into a million burning pieces, flying all over the rice field. And Kora's smile was bigger than it had been in a long time. Xellous caught Kora up in his arms and asked her to be with him.

Kora laughed and asked "Aren't I with you already?"

Xellous laughed, swallowed, and said "No, that's not what I meant. Will you marry me?"
Posted by SpydersWebbing at 2:29 PM No comments: 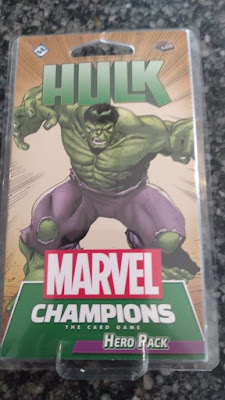 Why the Hell Should I??